10Feb 2018 by fabrigyorgy No Comments

/Part of Volume “Measured or Communicated? – University Rankings as the Media Representations of Higher Education” by Gyorgy Fabri

My argument therefore is based on the notion competence hat there has been a much wider change in the social perception of the rankings, which points far beyond the issue of rankings. The professional (scientific and educational) performance of universities had been acknowledged by a social consensus several hundreds of years old as part of the competence of the academic world – and this changed drastically by the end of the 20th century. And this is not obvious in the sense that it is quite difficult to give an answer within higher education to the question why the professional activities of a university professor or a student wishing to study should be measured using performance evaluation patterns which have nothing to do with scientific merits, and the cognitive or pedagogic-psychological success of knowledge transfer. Naturally, I am not questioning the legitimacy of measurement the thrift or efficiency by the institutions giving the frame for such evaluation. However, the quality level of university work is based on the universities’ thousand-year old traditions and radical renewing powers in creating, forming, conserving and transferring knowledge. Compared to this, expert analyses, lengthy reports and characterisations based on incidental indices may appear rather flimsy. 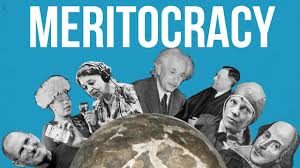 This change was not solely brought about by the spread of rankings, but it was the rankings against which the traditional academic value-protective conservatisms lined up most spectacularly, which gives refuge to teaching and research excellence, the workshops of value creation and knowledge transfer and organic institutional development. (Of course, it quite often endorses privileges, personal or group interests, and protects power positions with access to resources – however these are but the anomalies of the structure, and they do not affect the organisational theory itself.) External points of view are not only insufficiently clear but appear to be a priori inadequate. Sometimes current intellectual fashions show up, and the effect of social phenomena (legalisation, medialisation, fiscal one-sidedness, the state’s fluctuating search for a role, etc.) interpretable in dimensions other than that of the educational-scientific “life-world” can increasingly be felt. Newer solutions for institutional accreditation, measuring the normative elements of financing, institutional evaluations, spreading TQM and other quality management methods all mean a break-away from the traditional infernal evaluation systems of the academic world. Accreditation in the meantime has become a more-or-less accepted form of qualification, because its determining actors are at the same time participants of the academic world. All this is primarily true for continental Europe (especially in Hungary, because here, due to the small size of the higher educational and scientific sphere, there was a kind of “self-accreditation”, which was modified by a considerable government intrusion). As for the Anglo-Saxon world, the use of accreditation agencies means a more “market-oriented” mechanism.

From the point of view of social communication, these phenomena are the “meta-levels” of higher educational discourse, in other words, its judgement coming from outside the traditional world of universities. It is characteristic which players of the world of universities have reservations regarding such experiments: the creative and esteemed professors, workshops representing the traditions and spirit of European universities, indispensable and professional masters of various fields, the maintainers of research-educational programmes with domestic and international acknowledgement, experts creating value for the institutions and contributors of the economic and community life, or the operators of university and college managements. The primary measurement of their work is indeed knowledge, research results, a creative spirit, a successful seminar, or a useful innovation. It is the professional community, the cooperating circle of colleagues and students, and those ordering research-development projects that are primarily and eventually capable of evaluating these on the basis of the knowledge principles.

A deeper higher educational transformation process can be recognised in all of the above, the central dilemma of which are the traditional (“internal”, scientific, academic, etc.) quality-qualification routines, and behind them, the transformation of the traditional higher educational function versus the possible realisation of values and interests attached to it even after the appearance of more and more “external” participants. The opposing “Glass Bead Game” and “knowledge factory” illustrates well the main issue while placing it in a century-old perspective. We may interpret the ranking debate as a stage in the struggles for university autonomy ongoing from the start; however, this is no struggle against ideological-state authority indoctrinations. A differentiating characteristic of ranking-type evaluations as opposed to earlier autonomy-narrowing processes is that, on the one hand, they are far more considerate since the ideological-personal pressure does not come from an institutionalised power position, on the other hand, they go way deeper than even the totalitarian regimes, as they transform the basic structure of the evaluation process itself.

Obviously, it would be neither sensible, nor fair to associate the external endeavours of higher education evaluation with the aggression of the Nazi or Bolshevik states. Moreover, the underlying logic is actually quite different. These systems weighed down on the institutions mainly with an ideological coating and personal-authoritative regulations, while they questioned the logic of scientific operation itself in everyday research activities in horrifying ways by peremptorily sticking life-threatening and anti-scientific labels such as “Jewish science” or “bourgeois fake-science”, which crushed the norms of both humaneness and science. The anti-intellectualism of the student movements in the sixties and the intellectual movement re-writing the scientific-cultural canon[1] had a more serious impact on the classical knowledge evaluation model of universities. However, the way to the dominance of external evaluations was opened up by the fact that the economic and social mainstream of the eighties and nineties, the monetary approach (closely related to neo-liberal ideology[2]) reached higher education, too.[3] The ideas of efficiency, transparency and accountability started to become viewed as applicable to higher education as part of the evaluation of public services, in the form of the expedient utilisation of public moneys, the need for information and decision making by “stakeholders”.[4] In this approach did the above-mentioned “external evaluation” become distinct from the spectacularly suppressive political ideologies described previously to give ground to the new “managerism”[5], which not only meant the institutionalisation of audit-type evaluation, but also the spread of the management-jargon as applied to universities. The need for this was explained by the “large company nature” of the higher educational institutions[6].

However, this intellectual-sociological environment alone would not have been sufficient to shake the traditional social communication position of higher education. The fact that the accessibility of higher education became a central issue transformed directly the position of university, and then, with the strengthening of a mass media transgressing all borders and its transformation related to the communication technology launched the success story of rankings.

[4] Chris Shore and Susan Wright: Audit Culture and Anthropology: Neo-Liberalism in British Higher Education. In: The Journal of the Royal Anthropological Institute Vol. 5, No. 4 (Dec., 1999), pp. 557-575

[6] The Jarrat Report (on efficiency studies in universities). 1985. England.