18Dec 2017 by fabrigyorgy No Comments

One of the topics for discussion at the two-day international conference held at Berkeley’s campus in California in celebration of the 60th anniversary of UC Berkeley’s Center for Studies in Higher Education, was the situation of universities in countries with illiberal regimes. The two examples presented were the scandal around Central European University that has been under attack by the Hungarian government and the mass purge of academics that is currently going on in Turkey. Although the universities are sometimes sources of political protests, they can also be resources of conformity. Thus employing conformists professors is a way to make sure that conformists students will be produced in these institutions. 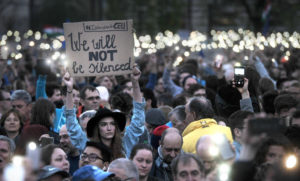