15Dec 2017 by fabrigyorgy No Comments 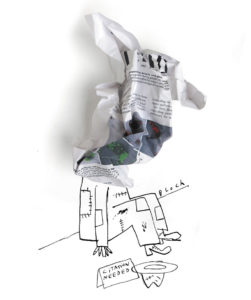 It is not an easy task to tell how many scientific articles remain uncited by later research papers, but Nature’s article makes an attempt to find it out. The short answer to the question is that analysing around 39 million articles in the database of Web of Science published between 1990-2015 around 21% has been uncited so far. These articles appear in little-known journals, while those in well-known ones usually get cited.

This is still not an entirely valid result. We have to think of references that do not get shown on the Web of Science because of data-entry errors and typos, and the citations in journals and books that are not indexed in the Web of Science. But it would take so much time to override these flaws given the large scale of research articles and citations to be examined that the exact proportion of papers that go uncited seems impossible.

Even if the number of papers that are never cited is low, it is worth to take a look at them. Does it going uncited mean that a paper is not “good enough”? Not necessarily. There are papers that contain information that is later recorded in books or papers which have a different, occasionally more short term goal than moving the scientific field. Generally it is observed that papers that do not get cited are still used and read.

Click here to find another article on uncited articles.