17Oct 2017 by fabrigyorgy No Comments

QS Ranking’s list of the best universities in the Arab Region is out for 2018. The American University of Beirut (AUB) is on the top of the list. It ranks 235th in the latest global ranking. It’s followed by three universities from Saudi Arabia. The rest of the top 10 list varies, there are two insitutions from the United Arab Emirates, and one from each Egypt, Qatar, Jordan and Oman. 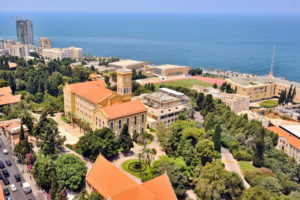