15Oct 2017 by fabrigyorgy No Comments

Princeton is the first and Stanford is the second on the THE’s list of uiversities with the most Nobel prizewinners of the century. There is only one institution among the top 10 outside of the US, the Technion Israel Insititute of Technology, at the 10th place. The top representatives from the UK are the universities of Cambridge and Manchester. 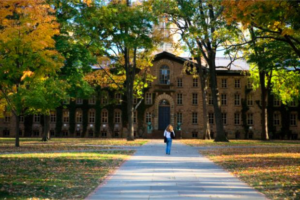