12Sep 2017 by fabrigyorgy No Comments

In the THE ranking Australian universities face a strong competitor, China. Australia has six universities in the top 100, the first being the University of Melbourne ranking as 32nd, but two Chinese universities – Peking University (27th) and Tsinghua University (30th) – are higher in the overall ranking. The competition will be even more challenging for Australia if the government cuts AU$2.8 billion to universities’ funding as planned. 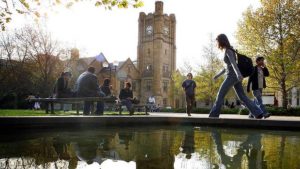